​When I was in 4th grade, they lined up all of the different instruments and let students try them. The trumpet was the only one that I could get a sound out of, so that became the obvious and only choice. It was pretty random, but in retrospect it’s probably better that I wasn’t heart-set on the trumpet in particular. It took me a while to get into it, and growing an interest slowly and steadily worked out.

In middle school I listened to a Miles Davis’ Greatest Hits album my parents had quite a bit. It had that live version of My Funny Valentine where he plays the melody solo with lots of dramatic pauses, and then rips into a super high phrase when Tony Williams comes in. That was pretty powerful, and definitely got me thinking about how playing a jazz solo could really command a lot of focus and attention. ​When I was in high school and began to get more serious about playing the trumpet, I took the train from the suburbs where my family and I lived into Manhattan to see live shows. I saw Graham Haynes at the (old) Knitting Factory, and later bought the album he had just put out, “Tones for the 21st Century.”​ ​He was–and still is–one of the most unique influences on me. On the surface, his use of electronics was pretty exciting (I played a solo with my high school jazz band plugged into my friend’s guitar fx pedals–it was groundbreaking, and awful!), but even more significant is the absolute solidity and commitment he makes to every single phrase.​ I loved Dave Douglas’ “Five” and “Tiny Bell Trio” records a lot (really, I’d say that even if he wasn’t the founder of FONT :), especially because they opened my eyes to how versatile the role and sound of the trumpet can be. I also went to see Maria Schneider’s Jazz Orchestra when they were still playing every Monday night at Visiones in the Village. Up until that point, big band was mostly about playing loud and high and obnoxiously, but seeing Maria’s band was like a revelation. She had Tony Kadlek, Greg Gisbert, and Dave Ballou in her trumpet section. Any one of them would be a windfall, but to have 3 of the most polished, fearless, and complete trumpeters in the world all lined up in the back row of your band is just ridiculous. The way they played–both the ensemble parts and improvised solos–was so clean and lush, it made a big impression on me.

My best friend still teases me…”You only have 3 buttons, what more do you need to practice!?” The trumpet is an incredibly difficult instrument to play. I always tell new students that unlike a piano (where you touch a key and it sounds good), the trumpet takes a looooooong time to sound anything but horrible. Mastering the trumpet, technically speaking, is based on micro-precise manipulation of a set of muscles in your face that are designed by nature for smiling and chewing. It’s a miracle that anyone sticks with it!​ ​ The upside though is that when you finally do acquire a modicum of technique, the possibilities for sound are endless. Your body, from the thickness of your lips, to the weight of your hands, determines to an enormous degree how your instrument will sound. Not only that, but your brain and sense of hearing dramatically shape the sound that comes out at the end of the day, because there is a tremendous amount of ‘room’ on each note and attack to personalize the sound. I think that many people think that the trumpet is just loud and macho, but in fact there is a world of nuance available to a good trumpeter.

Ralph Alessi is a monster trumpet player, but he is also a deep, deep improviser in the truest sense of the word. He questions everything, and would rather ‘miss’ reaching for 1 new idea than sound great repeating any of the 99 amazing ideas he already had. I took a workshop with him before my senior year in high school, and it literally changed my life. I thought that improvisation meant making something new-ish with a few tricks you picked up from scale books (and man, I thought I was pretty good at it!). Ralph, in his typically subtle way, showed me that real improvisation meant to step out on a limb, and use tools as means to get to new, risky, unfamiliar, but ultimately thrilling ends.

Laurie Frink was my true, once in a lifetime role model. I can’t put into words the depth of impact she had on my life–as a trumpeter, musician, teacher, friend, son, husband, and person. She came from very bleak and limited circumstances and became a flawless technician, consummate professional, and guru-like teacher with a following ranging from orchestral principals to high school students. It’s a testament to her character that so many of her students recall how she helped them overcome difficult musical obstacles, as well as personal troubles. Laurie has a way of making it feel like you and her were the only people on the planet, and her only goal was to help you succeed. She was a truly extraordinary human being, and her death was devastating for the music community. I had her initials tattooed on the inside of my arm, and I think about her every day.

Can I get away with 2 if they are from the same state? There must be something in the water in Colorado, because it produced Shane Endsley and Ron Miles. Shane has a truly unique language on the trumpet. When he plays, it’s like every sentence starts with something you know and then winds up on a completely different–but equally interesting–topic. He never seems to be playing very loudly or working very hard, but everything that comes out of his horn is pin-point accurate and compelling. His band Kneebody gives all of us trumpeters hope that we can still be in a rock band when we grow up. Ron Miles has the most luxurious and earnest trumpet sound I have ever heard, and his playing evinces a patience and maturity that is breathtaking. One of his records was recorded in a room so dry that it makes my teeth hurt worrying that he’ll crack a note…but I think he’s just happy to put out his trumpet sound ‘as-is’ because he is so confident in his message. His compositions are gorgeous, and they way he floats along lyrically gives us plenty of perspective on how the trumpet can function as a leader, background voice, or texture in between. ​ ​And while they are not from Colorado, if you haven’t heard Eric Biondo or Nate Wooley then you are missing out.​​ 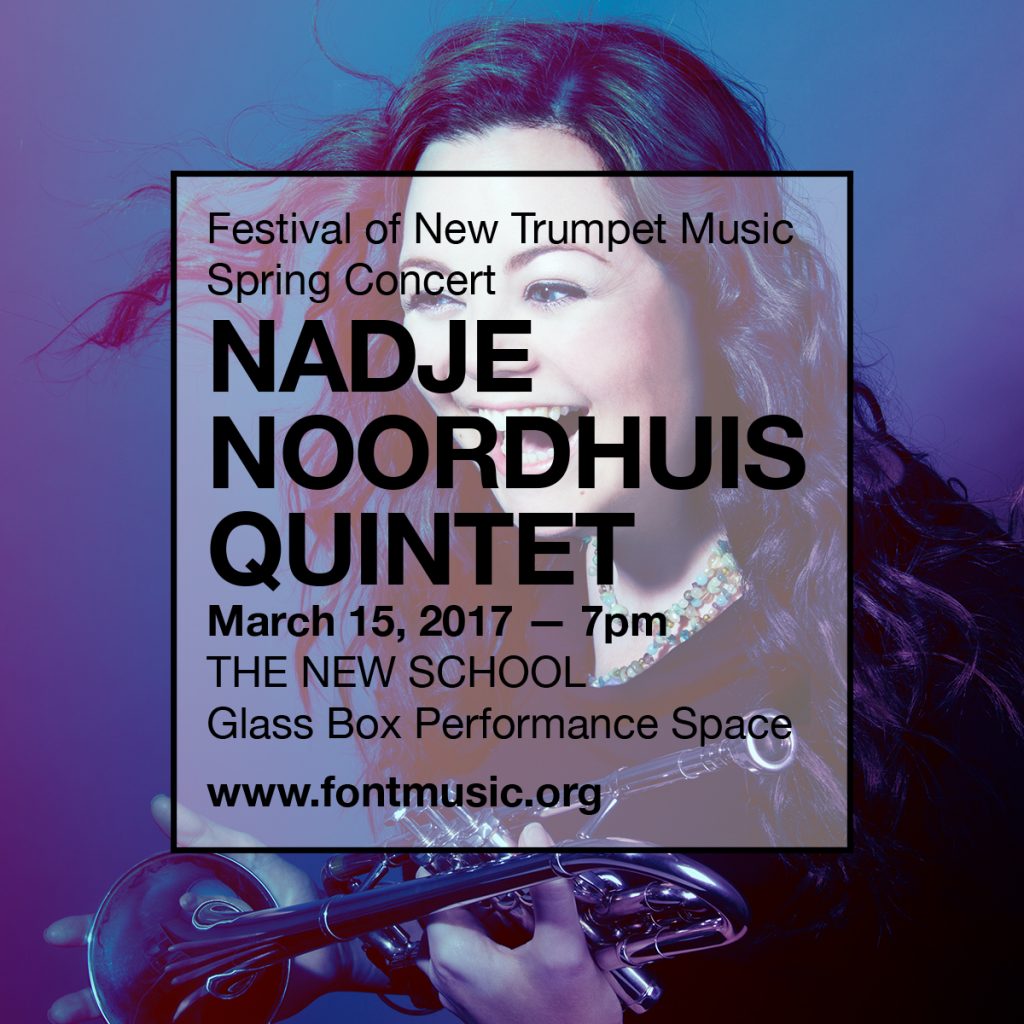 FONT Music in the Spring!