September 8 through October 7, 2012 – in NYC and Brooklyn – The Festival of New Trumpet Music, directed by Dave Douglas, presents its 10th Anniversary Festival, a multi-genre, multi-venue celebration of new trumpet music by the instrument’s most creative players and composers. Hailed as “a grand highlight of the musical season” by The New Yorker and “a cross-stylistic extravaganza” by The New York Times, FONT Music reaffirms its status as one of the most adventurous and consistently innovative music festivals in the New York scene.

From Dave Douglas: “For our tenth festival we decided to go back to the full month model—a blowout of creative music that spans generations and genres that is our biggest festival since the early days when we had residency at Tonic. We’re book-ending the festival with two great free events: Stephanie Richards’ Rotations Rotations and Claudio Roditi with the West Point Jazz Knights. In between we’ve commissioned creative pioneers like Charles Tolliver, Tom Harrell, and Jack Walrath, and emerging talents like Adam O’Farrill, Alicia Rau, Bruce Harris, and Douglas Detrick. We’re really excited to co-curate with yMusic at Rockwood Music Hall, bringing up the NO BS! Brass Band from Virginia. I am also proud to present my own new project featuring singer Aoife O’Donovan on music from Be Still. I hope you will join us for this exciting and varied program! I am proud to be part of the group of ambitious musician/curators who have worked hard to support and expand the field through this festival’s programming.”

Dave Douglas Quintet with special guest Aoife O’Donovan – CD Release Concert – Dave Douglas describes the title of his new release, Be Still, as “aspirational.” The continually evolving trumpeter and composer settles down for a ballad-like set that presents a series of hymns and folk songs with an intensely personal connection. Be Still brings out the most lyrical side of Douglas, and introduces both a newly configured Quintet, and an important new collaborator, vocalist and guitarist Aoife O’Donovan.

September 20 – The Spaces In Between with Sao Paulo Underground – Cornetist Rob Mazurek and choreographer/artist Marianne Kim’s FONT-commissioned collaboration grown out of the meditative environments of Mazurek’s solo performances at the Rothko Chapel, in Houston, TX and at the Abbaye Royale de Fontevrau, France.

Villagers and Trumpet: FONT Music at the Village Zendo – Natsuki Tamura and Josh Deutsch each present duo sets of their music in an intimate and diverse concert at the beautiful Village Zendo

Sunday, September 30 – 7 pm – yMusic – 8pm – No BS! Brass Hailed by NPR’s Fred Child as “one of the groups that has really helped to shape the future of classical music,” yMusic is a sextet of young performers equally comfortable in the overlapping classical and pop music worlds. yMusic will be premiering a FONT-Commissioned work by Andrew Norman. No BS! Brass Band is a powerful brass band that embraces the spirit of New Orleans into its original East Coast modern funk. 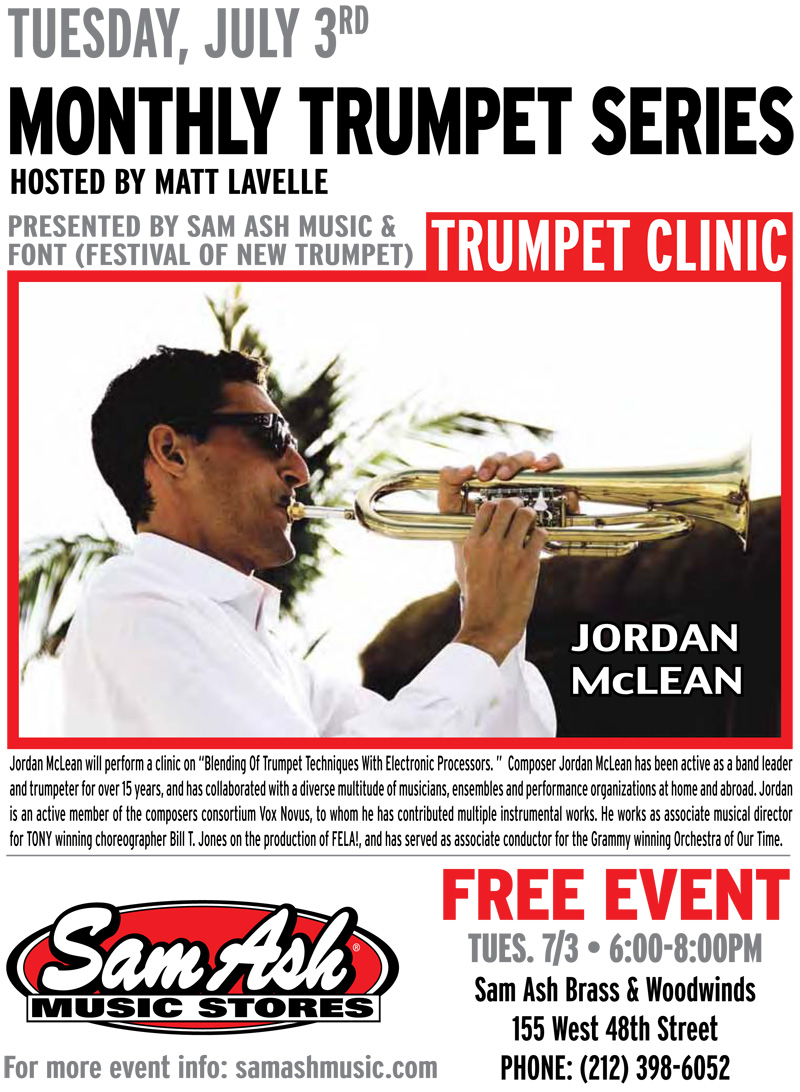