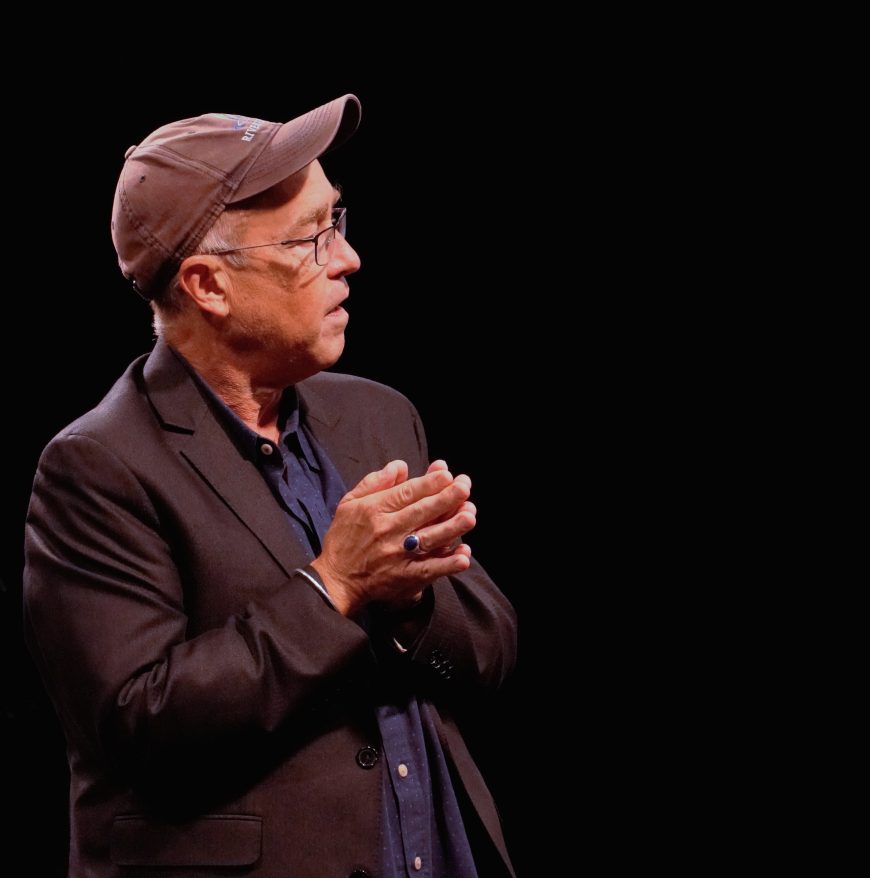 After 20 seasons of promoting contemporary, emerging, and pioneering new music involving the trumpet, it was electrifying, and gratifying, to present another all new season in this long running series. One in which we honored Enrico Rava with our Award of Recognition — I had the supreme honor of getting to interview Enrico, definitely a fun listen. In addition, we got to honor two esteemed colleagues: board member Jeremy Pelt tipped his hat to Dizzy Reece, and Executive Dean of the College of Performing Arts at The New School Richard Kessler spoke warmly of Doc Severinsen from our community of trumpeters and music makers. Long overdue honors.

Virtual Shows! One of the things from our Brass Without Borders series’ that developed during the pandemic times — we can invite and commission artists from all around the world! Our opening night featured three amazing composer/trumpeters from Ukraine. They each contributed original work, stunningly performed and sensitively captured on film. Thanks to Dennis Adu, Yakiv Tsvietinskyi, and Dima Bondarev.

Live Shows! The Owl is a new-ish venue in Prospect Lefferts Gardens, Brooklyn that I was unfamiliar with. I recommend it highly — it’s owned and operated by the singer, songwriter, guitarist and old pal Oren Bloedow. Trumpeter Sonny Singh presented his spiritually infectious new work there, from his album Chardi Kala. Opening was Laurie Frink Career Grant co-winner Alexandra Ridout, originally from the UK. Both sets were warm and wise. The intimate audience ate it up. It felt so great to be among them.

The New School on West 13th Street hosted two important in-person shows for us! The David Sanford Big Band played Sanford’s own riotous music, as well as a new piece from new-to-big-band-or-so-she-says composer Du Yun. Brass heavy and clamorous, the show jolted the packed house into prolonged applause. Trumpet soloist Hugh Ragin made a rare New York appearance. The band was kind of enough to also play a brand new work of mine, entitled “Gods of Guilt”, in reference to Michael Connelly’s fictional LA detective Hieronymus Bosch. This was a really special night with lots of music luminaries and friends in the house.

The following night we presented two tributes. Trumpeter Lessie Vonner honored us with a program dedicated to trumpeter and vocalist and (as I did not know) composer Cynthia Robinson of Sly and The Family Stone. The band was grooving hard, and in addition to vocal participation there were several bouts of spontaneous clapping to the beat with an absolute 100% participation rate. In addition, Aaron Shragge gave us a tribute to recently passed trumpeter Jon Hassell. Playing a specially modified slide trumpet and electric effects, Aaron really got at the vibe and atmosphere of Hassell’s work. Inviting Nadje Noordhuis up as a special guest added to the magical aura of the gig. Nadje had shared a masterclass with us earlier in the day and it was great to hear her play. Nadje, along with Lois Martin, is an integral part of the Laurie Frink Career Grant board. The second co-winner this year is Jason Charos. Winners receive crucial support toward their educational goals.

Live Music! Super thrilled to present alongside The Jazz Gallery. Supremely expressive trumpeter Keyon Harrold put together a project called Gen Next and brought a whole bunch of incredibly talented young players to the stage. A rousing display of craft and heart. Loved being in the room with that energy and that music.

There are additional virtual performances by:

All of these sets remain in the archive, along with previous years, at Festival of New Trumpet Music.

Festival of New Trumpet Music is a project I work on all year long with a dedicated and talented crew — and an all volunteer board. Visit our website to read the history. We’re just elated to be able to support the field. No trumpeter ever called to give me a gig when I first came to town. We’ve aimed to change that and support each other. We’ve also aimed to expand the perception of who a trumpeter can be and what they can do. And through their music, the artists presented here expanded the idea of what roles the instrument can inhabit in music. We plan to continue supporting art and artists. Please join us if you can!