Villagers and Trumpet: An Evening of Innovative Trumpet Music
Presented by the Village Zendo and the Festival of New Trumpet Music

Eight Years Later by A. Shragge on Vimeo.

“Aaron Shragge…creates a remarkable bond between Oriental and Indian traditions with his own Western musical roots… Monder’s accompaniment style throughout the record is calm, delicate and precise, creating walls of sound that go beyond expectations by creating amazing aural possibilities. The performers contain such a deep connection with each other that they behave as musical counterparts, picking up on each others musical nuances and subtleties.” -Maros Rios, Guitar International

“…defies expectation and avoids guitar-trumpet duet clichés as it delves deeper into that satori place in your brain.” –  Bill Mikowski, Jazz Times

The Duo will be performing a new piece composed especially for this occasion by notable composer Mikael Karrlson. His description of the new piece is as follows: “The piece I am writing for Aaron rests in the idioms that appeal to me the most – folk music and new music. I am a sucker for a nice melody, and one that connects with what a human voice usually is able to encompass. The dragon mouth trumpet seems, to me, to be an instrument that lends itself the best to soulful and semi-slow playing. Aaron’s beautiful performances usually dwell on embellishing the line and on a focus on the moment. My piece for him is part of my “mysterious” voice if there is such a thing. A voice of story-telling and of the fantastical. It’s a calm lament with an optional guitar part that takes on the role of improviser partner or basso continuo but in a rather high register. The melody obviously lives in a harmonic context, but instead of working with Bach-style separating of registers for additional voices, I let the optional co-performer give very light suggestions on the harmonies as specified by me.” Mikael Karrlson

About Mikael Karrlson: Mikael was born in Sweden in 1975, and moved to New York in 2000 after abandoning a stalled career in liquor retail. Mikael holds a masters degree in composition from the Aaron Copland School of Music and graduated Summa Cum Laude with departmental honors in June of 2005.He has received numerous awards for his compositions and his music has been performed at Carnegie Hall, Lincoln Center, Cathedral of St. John the Divine, Galapagos Art Space amog many others. In 2007, he was an honoree of the 2007 OUT100 top 100 influential people, listed as that year’s composer. In 2011, the listeners of Q2 radio (NY public radio) voted Mikael as one of their favorite 100 composers under 40. 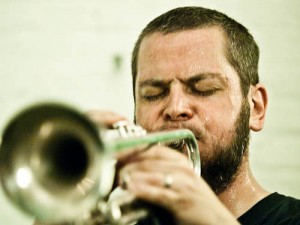 We could expect such a natural gathering between the two innovators of their respective instruments, both devoted to the “expansion of technique and aesthetics”, as Joe Morris puts it on his liner notes – one redefining the use of the electric guitar in jazz, going back to a fingerpicking approach to open a new path, and the other taking the trumpet beyond its lexical and even physical limits, exploring the most basic of all performative factors, like breath, use of spit, and tongue positioning. This kind of association indicates us, from the start, that we’re going to testify something very special, a journey of puzzling discoveries, mutual challenges, brilliant spontaneous solutions, dynamic interchange, and close interaction. If the free-form, avant jazz tendencies had only one guitar hero in its golden years, Sonny Sharrock, Morris is the most representative player of the instrument in these present days, renewing the language and the procedures but staying faithful to what Braxton calls the “African-American continuum”. Like Axel Dorner in Europe, Wooley can be one of the most radical and revolutionary of the new generation of trumpeters, but his roots are in the jazz tradition coming from Louis Armstrong. 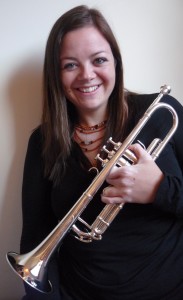 The FONT concert at Village Zendo marks the first duo collaboration between vibraphonist/percussionist James Shipp and trumpeter/composer Nadje Noordhuis. Having worked together on Nadje’s self-titled debut album (released on Little Mystery Records in late 2012), they are sure to bring a sense of fun and adventure, as well as beautiful and melodic elements to their music.

Nadje Noordhuis was one of ten semi-finalists in 2007 for the prestigious Thelonious Monk Jazz Trumpet Competition, where her performance was described as “recalling the great Rafael Mendez’s programming and technique” – Jim Santella, New York City Jazz Record. In 2010, Nadje was selected for a week-long residency as a Carnegie Hall Young Artist, working intensely with trumpeter/composer Dave Douglas. Recognized for her cinematic compositions, Nadje’s unique musical style has led to many innovative collaborations with musicians, artists and film-makers. She was the commissioned artist for the 2009 Festival of New Trumpet (FONT), where she presented a concert that blended jazz, classical and world music. One of her compositions is the title track of pianist Luke Howard’s acclaimed CD, Open Road. Nadje recently performed her arrangements for big band at several sold-out concerts in Toronto, Canada. Nadje Noordhuis is a Schagerl® Artist and plays their Penelope model trumpet.

James Shipp plays a wide variety of instruments and styles, most of which are based in or around jazz, which he refers to as the “big tent” in the international music world. In his career James has played jazz both new and old, Caribbean music, Brazilian music, “third-stream” chamber music, mostly improvised music, rock, funk, r&b, and with many  bands that cross and blend different genres and styles.

Villagers and Trumpet a Buddhist Parable

In olden times, Warrior, a certain trumpeter went to a frontier district with his trumpet. He approached a certain village, and having approached, stood in the centre of the village, blew the trumpet three times, set the trumpet on the ground, and sat down on one side.

Assembling, those frontiersmen they said to that trumpet blower: “Sir, what is it that makes that sound, -so charming, so delightful, so intoxicating, so fascinating, so infatuating?”

“Friends, it is that trumpet which makes that sound, -so charming, so delightful, so intoxicating, so fascinating, so infatuating.”

Then, Warrior, to that trumpet-blower occurred the following thought: “How foolish these frontiersmen are! How can they hope to hear the sound of the trumpet by seeking otherwise than in the right way?” With the frontiersmen watching him, he picked up the trumpet, blew the trumpet three times, and walked off with the trumpet. 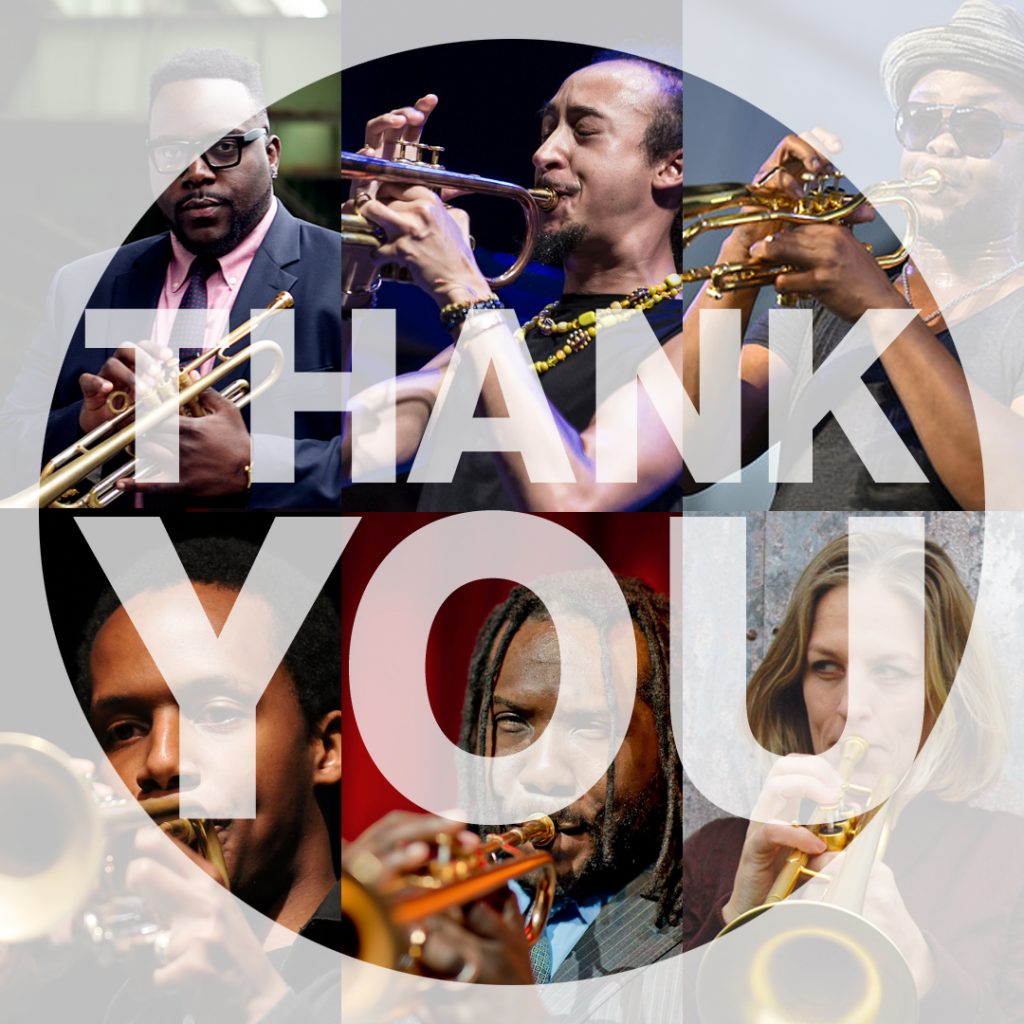