Click here to check out our YOUTUBE Page here – be sure to SUBSCRIBE so you’ll see all the new extended video we’ll be unveiling over the next few months! END_OF_DOCUMENT_TOKEN_TO_BE_REPLACED 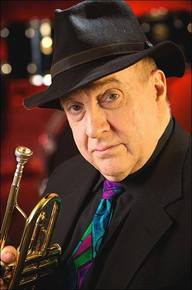 Last March, the jazz trumpet world suddenly lost another master,
Lew Soloff.  Known throughout the jazz world not only for his truly unique approach to his music, but also to life.  Mention of his name in the jazz circles today still brings pain to a fresh wound from his loss.  No one is more fit to write about Lew than his close friend and colleague, Randy Brecker:

“Lew simply put was one of my closest friends for close to 50 years. I first heard him play at the home of Barry Miles then a precocious drummer and pianist in 1966. Barry had heard me play at ‘Ramblerny’ I believe, a jazz camp that Phil Woods ran in New Hope, PA. After returning from a 4 month State Dept tour with the Indiana U Jazz Ensemble I was visiting and sitting in with my younger brother Mike, who was attending the camp, and playing in Phil’s student big band. (Phil’s sax section included 15 year olds: Michael Brecker, Ritchie Cole and Roger Rosenberg-imagine that!). Anyway, Barry was playing tapes of his concerts for me at his home near the camp, and I heard some amazingly strong and creative trumpet playing. I asked Barry who it was, and he said: 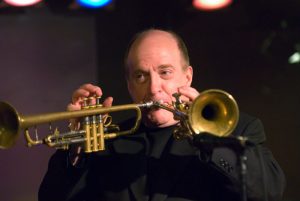 Lew Soloff….I kinda froze thinking ‘uh oh! I’m going to have to compete with THIS when I move to NYC from Philly in a couple of months??’

Not too long after, I actually met Lew (who had just gotten out of the Army Reserves) at the old Half Note Club downtown…by then I was playing with the Duke Pearson Big band and Duke needed a sub and Lew was hired. He blew us all away not only his soloing, but his expertise in reading the parts, playing lead trumpet, and his overall musicality.

Being close in age, we became fast friends, and would trade lessons with each other, and just hang out a lot. He loved to talk trumpet and more trumpet. It was an entirely accurate statement that Wynton made upon hearing of his death: “Lew Soloff loved the trumpet more than anyone!”

He was completely enthusiastic about everything he loved, trumpet food, wine and trumpet again. He became the world’s greatest jazz piccolo trumpet player. He tasted great fame and fortune when he joined Blood Sweat and Tears. I had to beg him to do that gig. I was leaving the band to join Horace Silver, and found myself sitting next to Lew at a Joe Henderson Big Band rehearsal the day after I quit. Lew didn’t want to do the gig because it was a ‘Rock Band’ and he wanted to play Jazz, but I was in a spot so as a friend he said OK he’d try it for 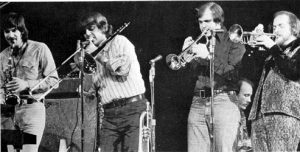 awhile…needless to say the record they were about to record sold 11 million copies! and Lew’s salary went from $200 a week to $5000 a week (!) so he was there to stay! We were taking lessons together with Ed Troidel in NJ usually taking a bus to get there, and Lew started  picking me up in a stretch Limo laughing the whole time!

He was such a character with a great sense of  self deprecating humor. Jeez I miss him. Guitarist Bob Mann said it best upon hearing the news: “Sadly Cirque Du Soloff has Ended”….

His memory, his love, and music will live on…”

Find out more about Lew and his music at his website: http://www.lewsoloff.com