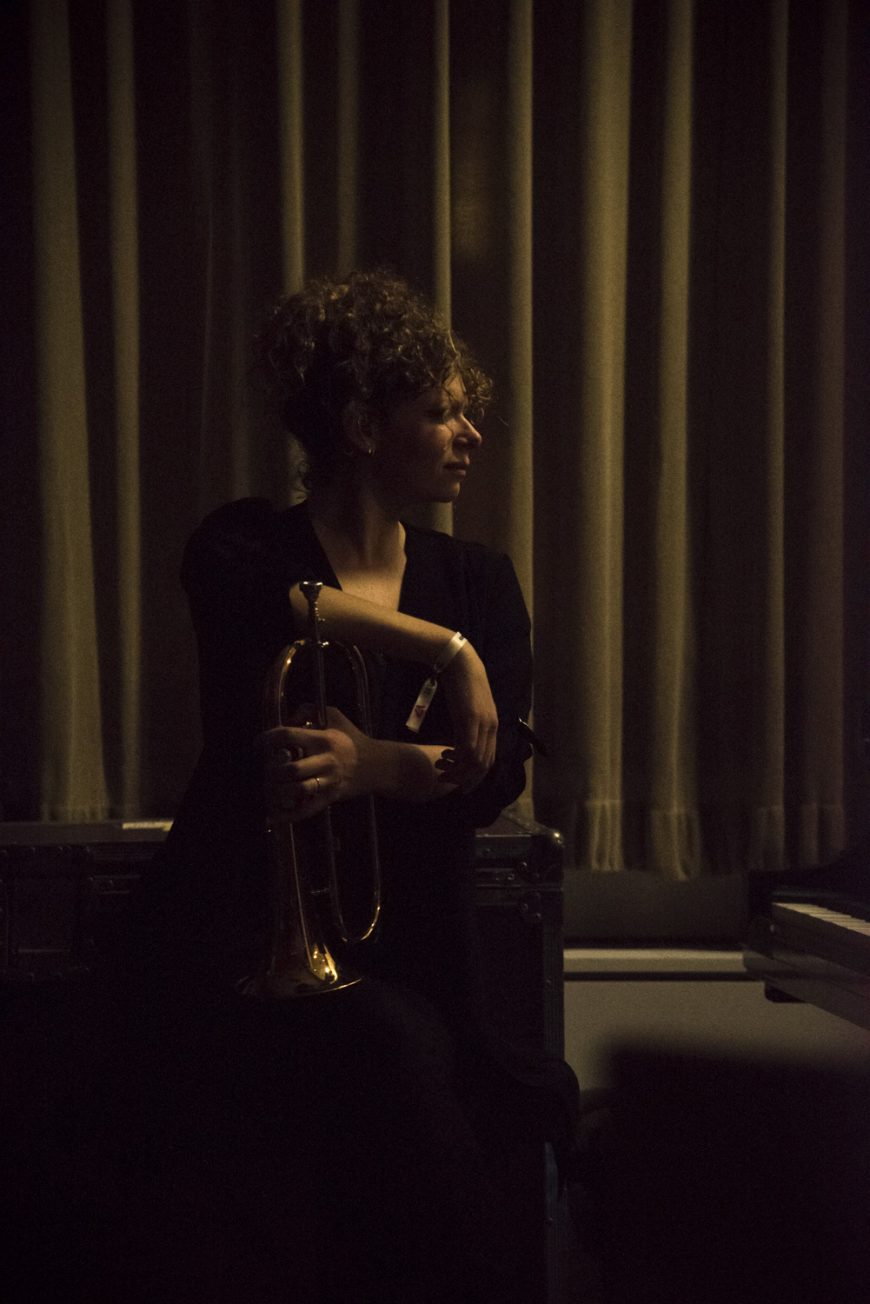 Tell us a bit more about your forthcoming album, Take the Neon Lights.
This next record is my second record. Unlike the first [Fullmoon], with solo trumpet and a very experimental concept, this one goes more into my roots as a jazz musician. Compositionally, the music is still really complex and rhythmic. It’s a quartet and a lot of the compositions are in song form, so we have cycles over which we improvise. There’s also some open improvisation in there, I mean, it’s still experimental but definitely much more of a jazz record. The music itself is about New York City. I’ve been living here for 10 years now, so I wrote it for certain places in Brooklyn and New York. There is also poetry that was written for NYC and I kind of linked to it by giving each tune the title of a poem.

Why the option for a jazz quartet?
Well, it’s interesting that the instrumentation determines a little bit if it’s jazz or not. It’s a lot easier to call it jazz when you have a quartet and it’s really hard to call it jazz if I’m playing my trumpet against a timpani or a snare drum. But, at the same time, I see it as the same. When improvising, I’m responding to the same information.

What music genres outside of jazz influence you?
I listen to a lot of music. James Brown is a huge influence. I like funk music a lot and for a period of time that was all I did. I’m also really excited about what’s going on in the indie rock scene. I think there’s so much crossover between indie rock musicians and jazz improvisers, especially in a place like New York.

I know you’ve collaborated with the Pixies, which is a band I grew up listening to. How did that happen?
I played in a group called Asphalt Orchestra, formed ten years ago in New York, and the idea behind it was: we’re going to play new music but we’re going to be choreographed. We had this idea for our second album while on tour, and at one point we all agreed we wanted to listen to Pixies record Surfer Rosa. Everyone in the band was digging the record so much and we just had this conversation: ‘man, what if we did a cover record? This is kind of a new music ensemble.’ That was awesome, it was so much fun. We toured that project and opened for Pixies several times.

What made you choose the trumpet?
I wish I had a romantic answer for you (laughs). I was lucky to go to a school that had a band program and I liked the trumpet because, at that time, I had the idea to move between the orchestra and the jazz band. That flexibility was a nice reason when I look at the music I play now. I’m always moving between different genres and different communities.

You played at Winter JazzFest. How was the experience?
At Winter JazzFest you’re playing for people who really love jazz. It’s not like in those clubs where half of the people are there for dinner. There are so many musicians, there’s such a good hang, and the audience is a mix of musicians, writers, lovers of music and people coming from all over the world. I felt especially honored because it was the last set of the last day of the festival and it meant a lot every single person that waited to see us.

Can you tell me two persons who have influenced you the most as a musician?
The first one and most clear is Butch Morris. He influenced me so much. I had the fortune of meeting Butch through a mutual friend. I was playing at my friend’s wedding and Butch pulled me aside, saying: ‘I got the good whiskey.’ (laughs). And then he looked at me and said: ‘you’re not really a trumpet player’. It took me a moment to realize he meant that as the biggest compliment he could give because what I take from his words is that I wasn’t playing the instrument in a traditional way. After that moment, he kind of took me under his wing and he showed me around New York. He introduced me to Henry Threadgill and kind of hooked us up together. I also learned so much from working with Henry, listening to him and watching him.

Is there someone who you would like to collaborate with?
There’s so many and I can go so many different directions, but if I could… in my dreams, it would be Wayne Shorter.

If not a musician, what would you be?
Maybe a dancer or an athlete. Trumpet is a very athletic instrument and I actually love that aspect. I think my body has more music inside of it than my brain does, so when I’m playing I usually let my body take over.

What was the first jazz album you fell in love with?
My first jazz record was Kind of Blue but I didn’t fall in love with it. It took me a long time. I didn’t understand the context or what that music meant. I got the record, I listened to it because teachers were telling me to check it out, I transcribed solos, and then a few years later I picked it up again and could hear the colors inside of it. I could hear the sophistication and the class and the taste that Bill Evans had, and what Miles Davis was doing, which was totally pioneering. My second record was just a collection of all the Verve recordings. A four CD-set of kind of old jazz that took me through decades of jazz, starting in the 20s. I remember being super into J.J. Johnson and Duke Ellington.

Are you working on any other project?
After this record [Take the Neon Lights], I’ve got another record where I worked with a scent artist, someone who creates smells. I wrote music with smells. I’m interested in the idea of the ability to sense music not just with our ears but also with our bodies. The new record is done – it’s with Jason Moran (piano), Stomu Takeishi (bass) and Kelly Wollesen (drums). It’s a great band and it was a wacko project! The other part of it is that, as musicians, we’re trying to figure out how to survive in a digital age. And one part of this project is that you can’t buy smells on iTunes. I was really trying to think about how could we make the physical manifestation of our music meaningful. If the record comes with stickers that you have to smell, then it adds another sort of level to the listening experience. It will probably come out next year and we’ll see how it goes. 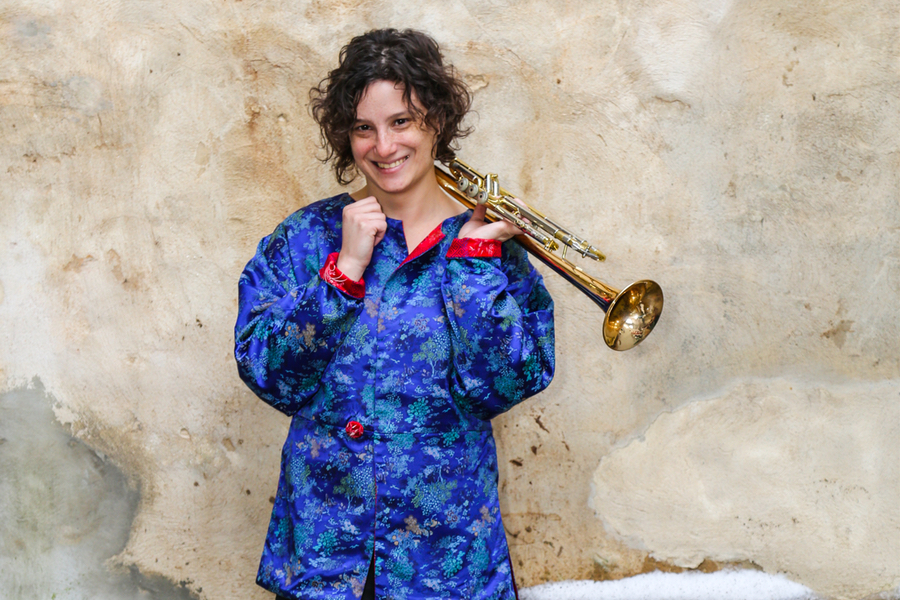 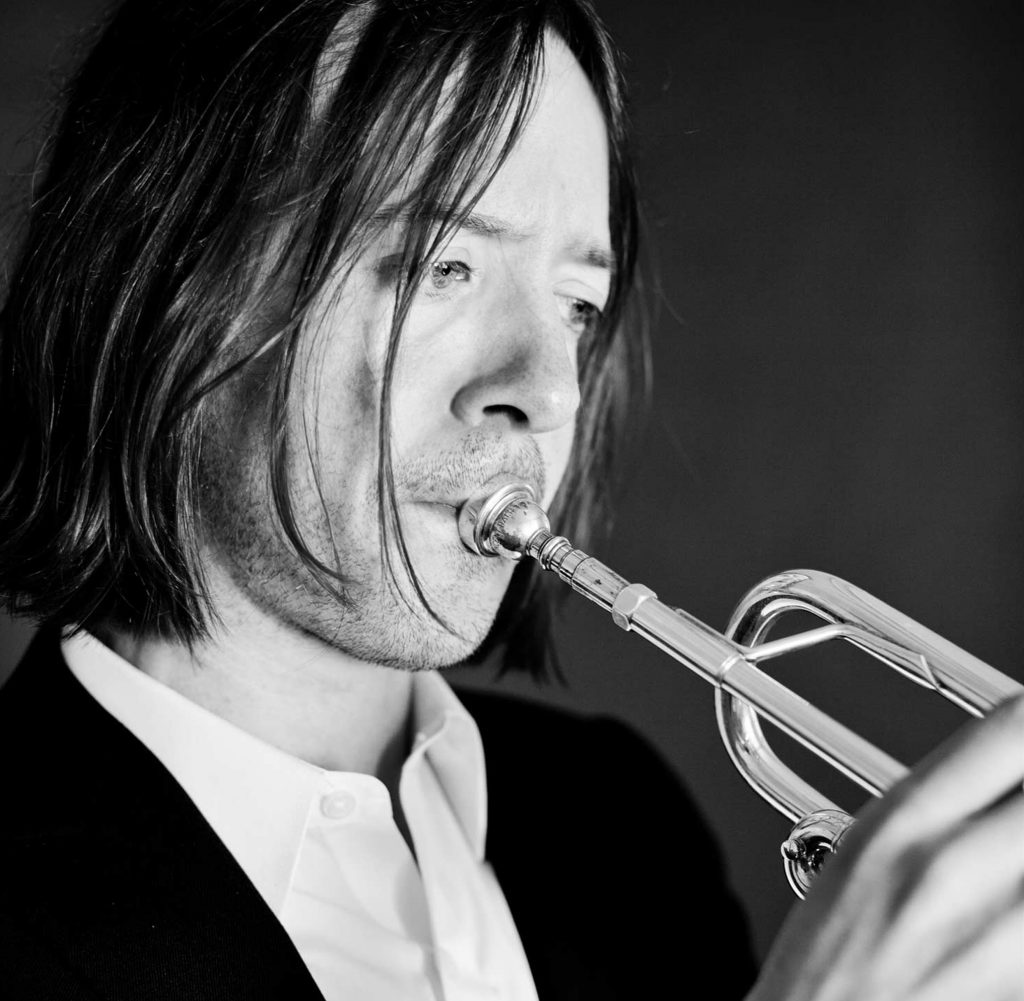 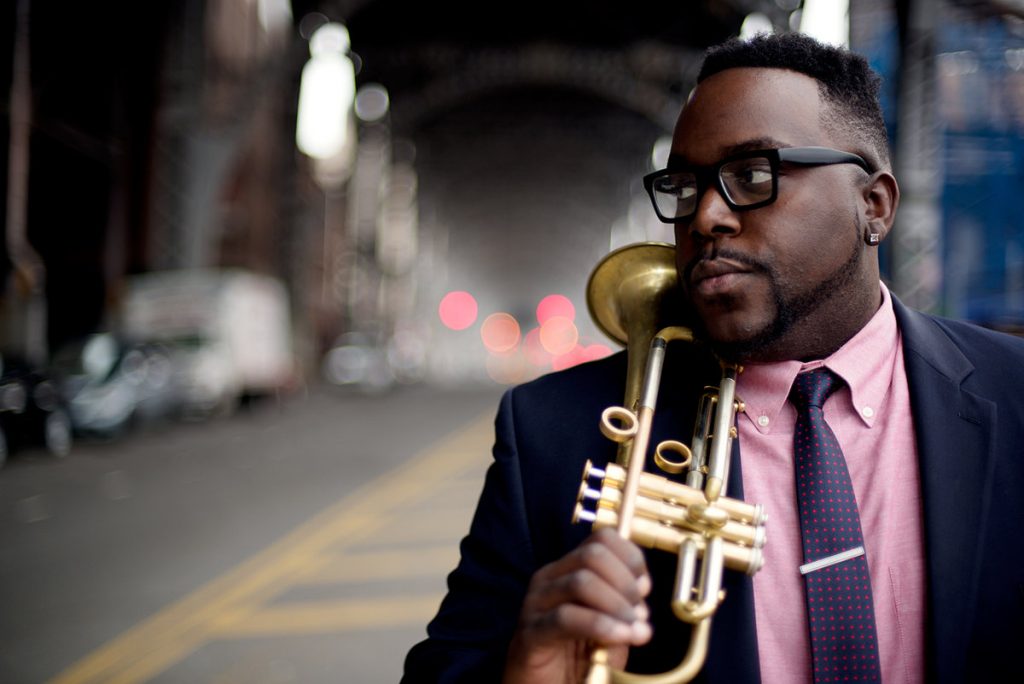 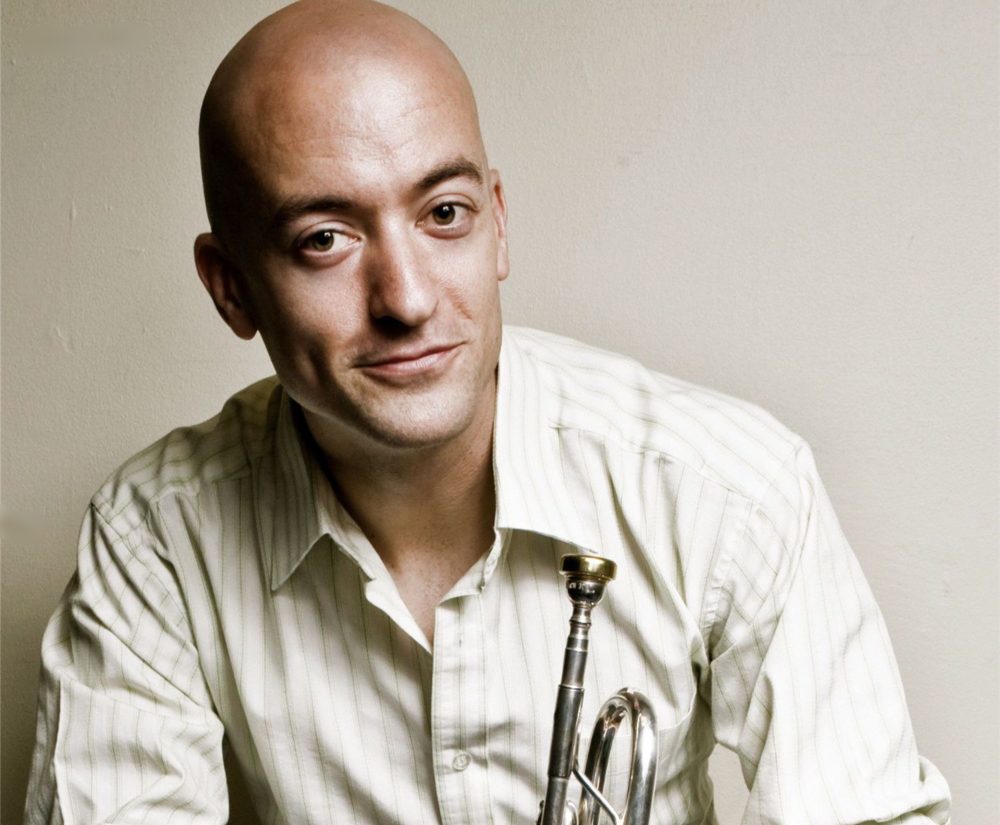