While NYC is chock full of countless great jazz events every night, it’s not every night you get three sets of three great trumpeters in one place (outside of the actual Festival we put on every September!).  But next Tuesday, Dec 15, at ShapeShifter Lab in Brooklyn will be JUST that – and even better, all three trumpeters are FONT Music Alums!  Nadje Noordhuis (Four Time FONT Music performer, FONT Music Commission Awardee (2009) and Current Board Member), Josh Deutsch (FONT 2011/2012) and Riley Mulherkar (FONT 2013/2014 & 2014 and Laurie Frink Career Grant Recipient).

Here’s what we’re in for: 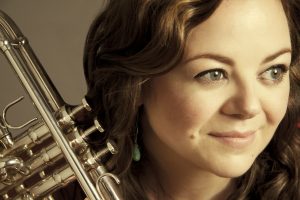 “I’ll be leading my quintet with Sara Caswell – violin, Vitor Goncalves – piano and accordion, Matt Aronoff – bass, and new to the band on drums, Ritchie Barshay. We’ve been playing together since 2010 or so – usually multiple times a year at the 55 Bar, as for performances at universities and festivals (including FONT Music) around the US. We like to play pretty melodies. But don’t be fooled – we also like to perform tunes that are described as “epic”, so you should be able to stay awake! We’re on first at 7pm, so that will help. My band is made up of ridiculously talented musicians, and I try to write to showcase their talents. Great sound, lyricism, and storytelling are on menu for our performance.”
Nadje Noordhuis Quintet features:

Can’t make the night, catch another event of Nadje’s:

“I’ve been pretty busy playing with Darcy James Argue’s Secret Society, Rudy Royston’s 303, the DIVA Jazz Orchestra, as well as freelancing with a bunch of bands around town. I also perform with my own quintet, and have a duo with vibraphonist James Shipp. I teach trumpet and piano privately as well as in a couple of schools, and record for jingles and random projects. I should get around to writing some more of my own music at some point, but time has really gotten away with me lately. Having said that, I released an album with pianist Luke Howard (it’s called Ten Sails) earlier this year. In my spare time, I help to administrate the Laurie Frink Career Grant, and the Laurie Frink Brass Summit, which were established as a legacy to the late FONT board member and teacher extraordinaire. I run my own record label, which is releasing a new album or two next year, and I like to knit and drink whisky, preferably at the same time.”

“The idea of curating this night was to feature bands that use brass and string instruments as the primary sounds.  Since I started my band Pannonia, other projects with similar instrumentation have been catching my ear, and these are two of my favorites, so I’m really excited to be sharing the evening with them.”

Can’t make the night, catch another event of Josh’s:

Josh leads a new project, called the “No Chairs Ensembles” inspired by the music of New Orleans and other danceable instrumental music traditions. He will be at Terraza 7 Friday Dec. 18 playing duo with guitarist Nico Soffiato (http://joshdeutsch.net/duo.html) released 2nd record “Reverse Angle” in 2015.
More info on Josh: http://joshdeutsch.net/
More info on Pannonia: www.pannoniaband.com

“I’ll be playing in Andy Clausen’s piece “The Wishbone Suite,” a chamber/jazz composition mixing folk elements with improvisational counterpoint. Andy and I have played music together since our days growing up in Seattle, and are co-founders of The Westerlies, so playing his music feels as natural as if it was my own! I’ve been a fan of this piece since he recorded it back in 2011, and now he has adapted it for a new instrumentation of trumpet, cello, trombone, piano, and drums. It has the perfect mix of through-composed material, free improvisation, and rock out jams; I love it!”

“The holidays are my favorite time of year, but also the busiest when it comes to shows around town! I’m excited to present a concert of holiday favorites with Wynton Marsalis next Wednesday at the Brooks Brothers Flagship Store as a benefit for St. Jude’s Hospital, and I’ll also be playing in a Holiday show at Dizzy’s Club Coca-Cola this weekend, Friday through Sunday. My band was recently featured in NPR’s Jazz Night in America (link here) in a piece documenting the family of musicians at Dizzy’s, and this show is a perfect representation of what we do, with a little added holiday flair!  In terms of more long-term projects, The Westerlies recorded our second album back in August and we’re currently mixing it – I can’t wait to get this music out into the world!”

Next post Catching Up with FONT Music Alum: David Smith Previous post We have much to be thankful for… 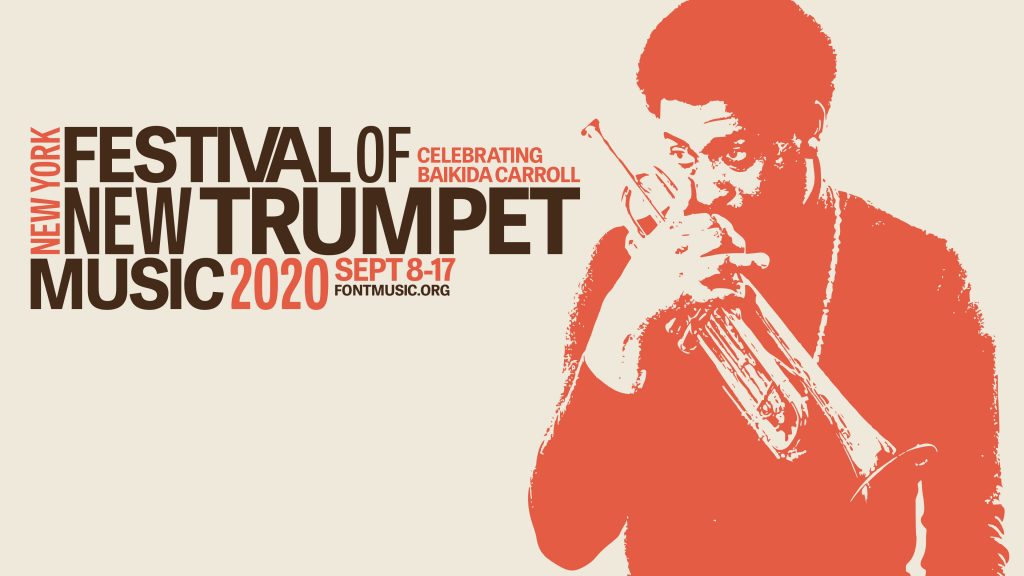