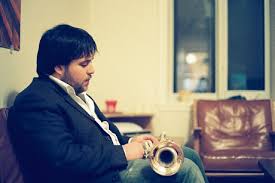 How did you become a trumpet player? Did you play other instruments before the trumpet? If so, did those instruments inform how you played trumpet? Or did your view of how music is played change once becoming a trumpeter?
My first instrument was guitar. I was pretty serious about it actually. I started playing trumpet a year after that, but until my last year of high school I considered myself more of a guitarist than a trumpet player. That year I got a gig in a working band on trumpet, and after a lot of shows and a long summer tour that I couldn’t take my guitar on, I was all of a sudden more of a trumpet player and less of a guitarist.  When I got to college, I realized that I had to choose one to focus on and I picked the trumpet.
As for how that’s informed my music, when I ultimately chose to be a trumpet player I spent a lot of time practising the guitar language that I already had in my ears. I started improvising on guitar, so my ears didn’t develop like most trumpeters.  I’ve always had an interest in wide intervals and atypical harmony, and I think I may have spent a little too much time trying to make my trumpet sound like I’m playing it through guitar pedals.
Not to mention that I often write music on the guitar.  My history with the guitar is really what influenced me to write music for trumpet guitar and drums trio.
Were there recordings in the beginning and even years into learning the instrument that drew you into the trumpet’s sound and possibilities?
Here a few that really changed things for me trumpet wise, more or less in order.
Miles Davis “Four and More”, Kenny Wheeler’s “Deer Wan” and “Gnu High”, Dave Douglas’s “Songs for Wandering Souls”, Chris Speed’s albums with Yeah NO featuring Cuong Vu (“Emit” and “Swell Henry” were the ones that I heard first), Mostly Other People Do The Killing’s “Shamokin” with Peter Evans.
People often talk about how the trumpet is the hardest instrument to play. Do you feel this is true? What doesn’t the general public understand about playing the trumpet that you wish people would realize?
I don’t think the trumpet is harder than other instruments, I just think that it’s different. I think it can be confusing to learn and maintain because sound production on the trumpet is an abstract concept. In trying to figure it out people often forget about the music, which leads to problems. Mostly though I think that we end up talking about this too much. I don’t believe that it’s helpful to offer the excuse that our instrument is harder, if only because it lowers and codifies our expectations of what we can accomplish. Ultimately it doesn’t matter what difficulties exist in our instruments.  All that matters is what people hear.
If you had to identify with one or two gurus, trumpeters or otherwise, who had the greatest impact on your musical journey to date, whom would they be?
I’ve been lucky to have had a lot of fantastic teachers and mentors that have all helped me a great deal.  Saxophonist Tony Malaby was my most recent teacher and I learned a lot from him. He definitely has played a major role in shaping my musical journey, such as it is. Also, I might not even be playing right now if it wasn’t for Ron DiLauro. He helped me through a really rough trumpet patch years ago and I still use his warmup every day.
Who is your favorite trumpeter today (as in today, the day you are writing this email) and what recorded song available to the public best exemplifies why this trumpeter is so great?
Today? I can’t decide! Here are two: Brad Henkel on “Oh Baby” with TrumpetTrumpetSynthesizer (link to oh baby) and Kenny Warren on “County Line Waltz” with Laila and Smitty (link to county line waltz).

FONT 2014 is on! Here’s our add in NYC Jazz Record this month, alongside a nice shout out to Dave’s awesome residency @ Birdland last week:

Thank you for a great year 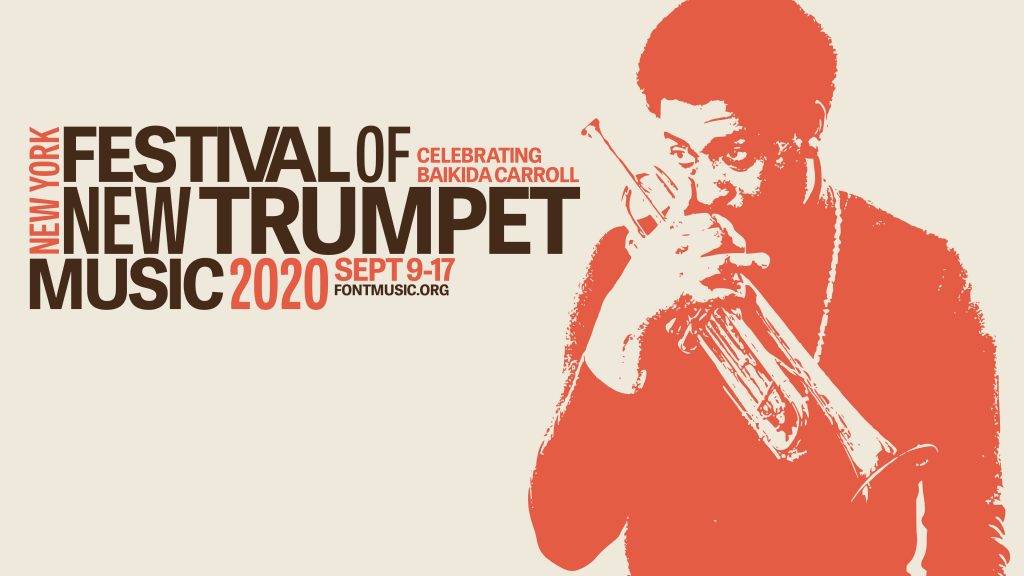