I always wanted to be a musician. I started out improvising at the piano and this goes back longer than I can remember. My mom recently gave me a picture of me playing piano when I was 2. I used to steal my older brother’s trombone until he switched to flute because I didn’t have any desire to steal that. I originally wanted to be a drummer but  after attending his big band concert I was really attracted to the trumpet because the trumpet players looked the coolest. They got to stand for the whole concert while the other horns had to seat. So I got my first trumpet when I was 12 years old and my first cornet when I was 13 and I immediately began to improvise on them.

The first great trumpet player that I heard was Al Hirt, my dad had a bunch of his records and he was eager to share them with me when I showed interest in the trumpet but al scared me because he was so good. Dig this clip!! Everybody plays great but Al just dominates.
https://www.youtube.com/watch?v=Aea21Btwf-4
You can also hear that Wynton got more than just his first horn from Al.
After that I went to be more attracted to Chet Baker playing. The subtlety really appealed to me. I learned every note on “Chet Baker with Strings” and I could play the whole cd from start to finish without ever writing anything down.
https://www.youtube.com/watch?v=JzSGB7bW5Oo
Listen to that sound!

I do think it’s the hardest, luckily a lot of my friends that play other instruments agree. Some friends and I had a competition in high school when we traded instrument to see how fast we can gain a basic level of proficiency so I played saxophone, clarinet and trombone. My friends that borrowed my trumpet couldn’t make it work in the time of the competition. So I won!
I think that the soprano voice on any instrument family (violin, soprano voices, etc.) is inherently more difficult because the notes are closer together and there’s less room for air. But the trumpet has a host of other reasons that make it more difficult than other soprano instruments. Most of all is the constant attention than the instrument needs, you can’t take any time off.

I dropped out of the college after a year my main man was Ron Miles. I started to hang with Ron when I was 17, he never gave me a trumpet lesson but being around him was always a lesson. He never told me how to play but talked about things to listen to. He introduced me to Steve Lacy and Lee Konitz. Ron and I became good friends and he is still a role model. He even gave me the horn that I play! He is a true master.
When I moved to New York, I met and started to play with Butch Morris. Incidentally Butch told me I was really a cornet player years before I made the switch back. Butch was the first person to want me on record in New York and the first person to take me to Europe. His system of organization changed the way I think about music. Butch was really hard on the band but that’s because he cared about music so much.
It’s difficult to say how much I learned from these two guys, both are cornet players and true individuals.

Today, like many days, is Lester Bowie.  Dig this clip:
https://www.youtube.com/watch?v=q3ac_vGlBBI

Listen to his entrance at 1’15”, so sweet and laid back and listen to how expressive he is throughout the track. Lester was never afraid to get his hands dirty, the trumpet is so difficult that players get scared of it and they get more concerned about playing technically correct than playing with emotion. 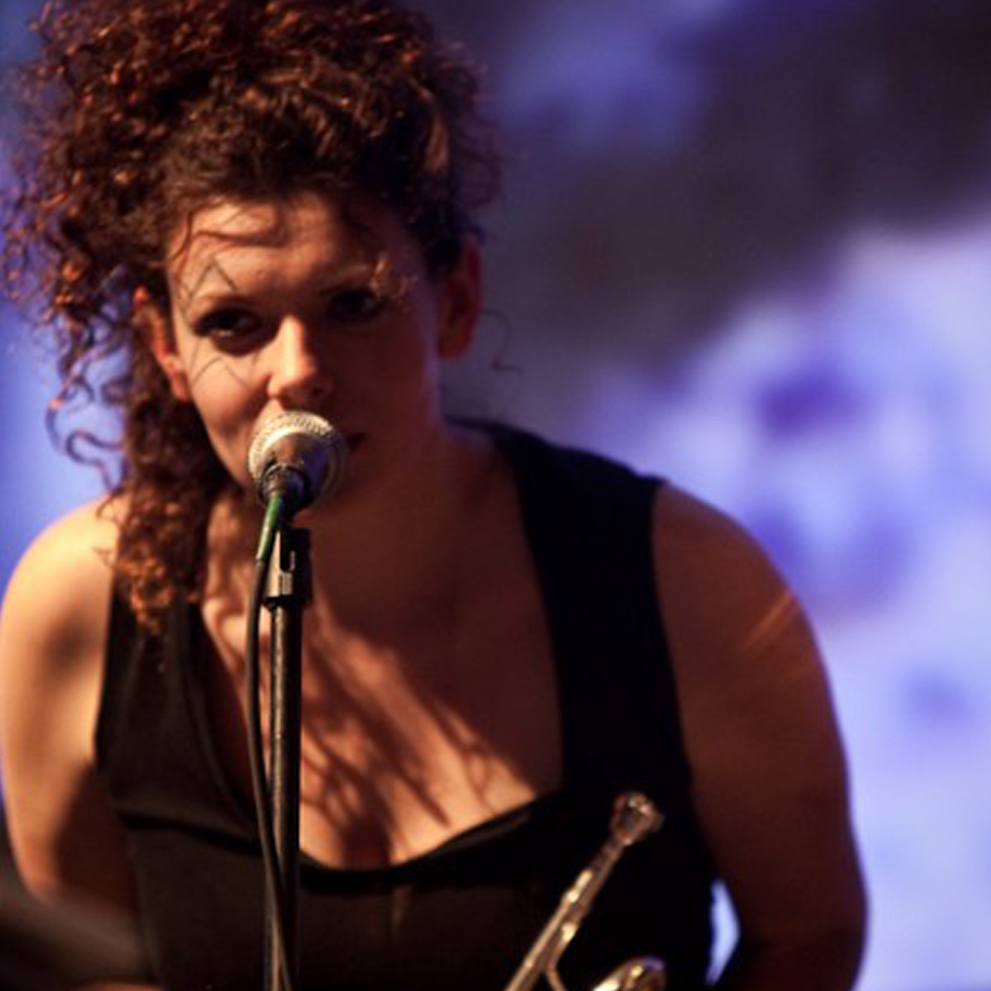