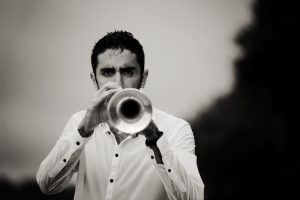 I became a trumpet player thanks to the incredible support and love for jazz education in Seattle. When I was young, I went to see my babysitters play in the local high school jazz band every year at the neighborhood community center, and I always thought they were the coolest people ever; and the trumpet players were the coolest of the cool, so I had to be like them!

As I developed on the trumpet, the instrument brought me into many musical settings in Seattle that further shaped my view of how music is played, in opportunities to play orchestral music, collaborate with hip hop producers and rappers, and be part of an incredibly supportive scene for improvised music. I’ve yet to find a style of music that the trumpet doesn’t fit in, so I’m excited to see where it takes me!

Were there recordings in the beginning that drew you into the trumpet’s sound and possibilities?

On the day that my parents gave me a trumpet, they were also wise enough to give Miles Davis’ Kind of Blue. The impact that those five tunes had on my entire upbringing as a trumpet player and musician is immeasurable. However, even before that I had stolen some of my older brother’s jazz CDs and memorized them front to back, singing all the solos and listening to them on repeat – Count Basie’s Roulette recordings were my favorite. Those trumpets on “Scoot”…whew!!

I certainly wouldn’t argue with anyone who says the trumpet is the hardest instrument to play – it reminds me of its challenges every morning, every afternoon, and every night! However I think it is immensely rewarding in its unique ability to create such a dynamic range of human expression – it can blow you away with a fanfare or bring you in with an intimate whisper, and I think that’s how it can connect to the general public: communicating and speaking to people through its sound.

There are so many people along the way who have generously mentored me both on the trumpet and in my broader musical journey, so it’s difficult to narrow it down to just a couple. However, when I first arrived in New York fresh out of high school (and a bit overeager), I was fortunate enough to spend over a year studying with Laurie Frink. Laurie was truly a trumpet guru, but she was so much more than that, too. She gave me invaluable clarity and perspective on all of the pressures that come along with moving to New York – classes, rehearsals, gigs, etc. – she would even make sure I was eating healthily and exercising to stay sane! Laurie shared with me the joy of practice and hard work for the sake of the means, not the end; my morning routine still begins with the exercises she taught me four years ago.

Secondly, I’ll mention Wynton Marsalis. We first met when I was just starting the trumpet in Seattle, and he gave me some of the best advice I’ve ever received: “practice slow.” He mentored me throughout high school and when I moved into the Juilliard dorms, I soon discovered that he lived right next door, so I went knocking on his door day after day with endless questions about all things trumpet, music, and life. I still do today, and I’m sure I’ll still be knocking on his door twenty years from now.

What do you find most compelling about your current work? I mean, for you, what is the aspect of what you are presenting in the festival that most absorbs you?

The Westerlies are a very exciting project that’s come together over the past few years – we all come from Seattle, but formed in New York based on common friendship and musical values. The instrumentation is a bit unorthodox, but the challenge of writing and arranging music for two trumpets and two trombones has proved to be a catalyst for compositional and technical inspiration on the trumpet that has applications outside of the brass quartet as well.

Next post American•Brass•Electric – September 17th-28th Previous post FONT 2014 is on! Here’s our add in NYC Jazz Record this month, alongside a nice shout out to Dave’s awesome residency @ Birdland last week: 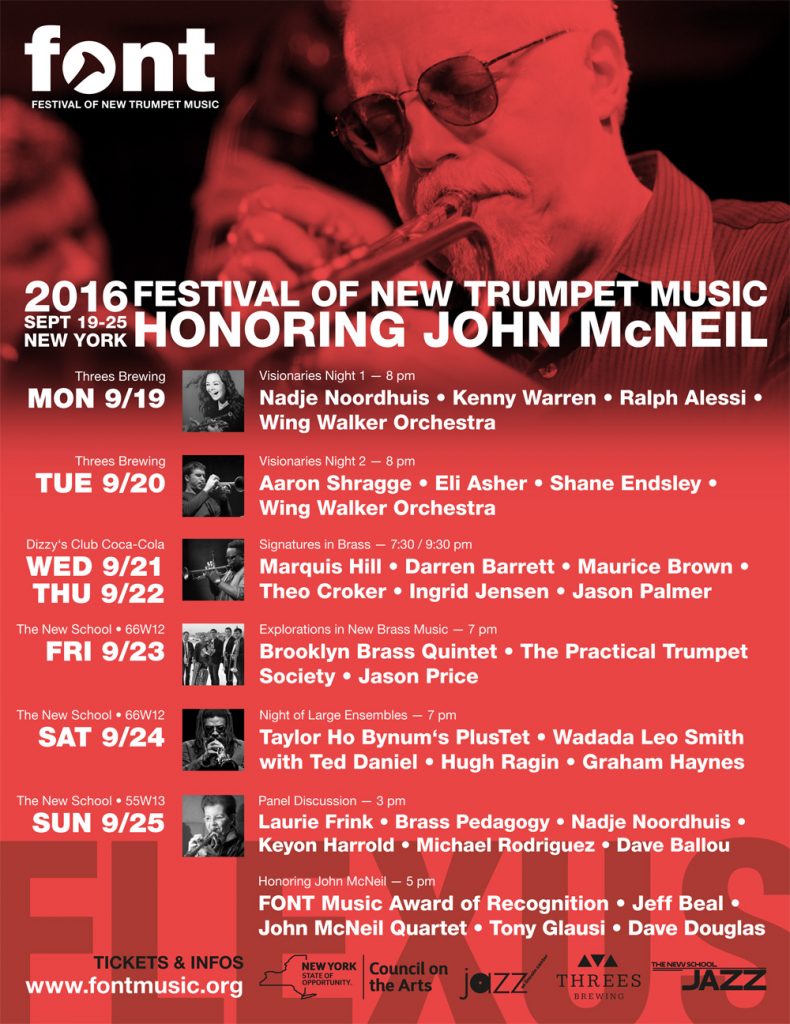