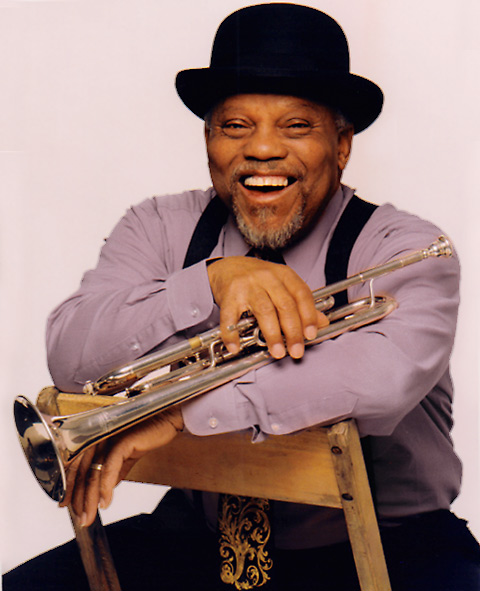 Marcus Belgrave is Detroit’s internationally recognized jazz trumpet great. He came to prominence in the late 50’s, touring and recording with the late great Ray Charles’ Orchestra, at the height of Ray’s hit-making era. Marcus is heard as a trumpet soloist on some of Ray’s most famous “hits”… both albums and singles. He always pays tribute to Ray, who mentored him from the young age of 19. He is the only living member of Ray Charles’ small band horn section. He was also mentored by the Great Clifford Brown. Clifford’s early influence on the young Belgrave can still be heard in his tone. Belgrave then spent the early 60’s spearheading the modern jazz movement in New York working and recording in the bands of such major innovators as Charles Mingus, Eric Dolphy and Max Roach.

Belgrave moved to Detroit in the early 1960’s to join Motown Records as staff trumpeter, playing on most of the Motown hits. Marcus has established himself as Detroit’s foremost jazz musician. He was recently awarded the singular title of the official Jazz Master Laureate for the City of Detroit., as well as a Kresge 2010 Eminent Artist award for his 46 years of service to the young musicians of Detroit.