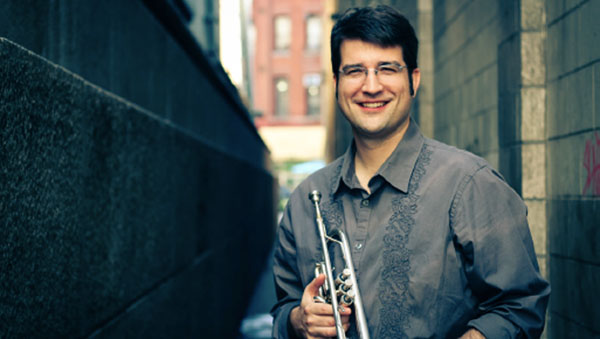 I learned music through the public school band program in my home town. My older sister played the flute, and I remember very clearly her middle school band concert that I went to. At that time in my life it was deeply inspiring to see kids just a few years older than me playing instruments at what I thought was a very high level. It was actually a good middle school band program, so when I was old enough to join, I did and got some formal training that way. I realized that I felt differently from most others about music from until much later, in high school when I started to really get into Miles Davis. As I dug deeper into his discography, especially the “Four and More/My Funny Valentine” live sets from 1964, I started to get a glimpse of what I wanted to do in music and with the trumpet – Miles’ music was mysterious, intense and amazingly confident, and that was what I wanted to do. The particulars have changed a lot, but that collection of values is still my overarching goal in music.

I worked with Christian Wolff at the farewell performance of the Merce Cunningham Dance Company at the end of 2011. I was really impressed with how his music balances open and set elements to create a really unique experience. His music makes incredible use of space, and this is built right into his notation techniques. Once we understood what they meant, we were playing music unlike anything I’d done up to that point. I wanted to commission a new piece from him for the wonderful brass ensemble TILT Brass because he has written for brass as part of mixed ensembles before, but almost never for brass only. Christian is a great innovator in our music, and I’ve been incredibly honored to work with him. This piece is going to be amazing!

I think I’m most excited about the two concerts happening at Roulette on September 10 and 11. Music by Christian Wolff, Roy Campbell Jr., John Zorn, Henry Brant (for 52 trumpets!), and our tribute to Lawrence D. “Butch” Morris is an amazing collection of influential creators in the Creative Music world. It will be two nights of exciting and incredibly diverse music that is all connected by a love of freedom, but of finding meaningful ways to organize creative musicians that bring us to new heights. 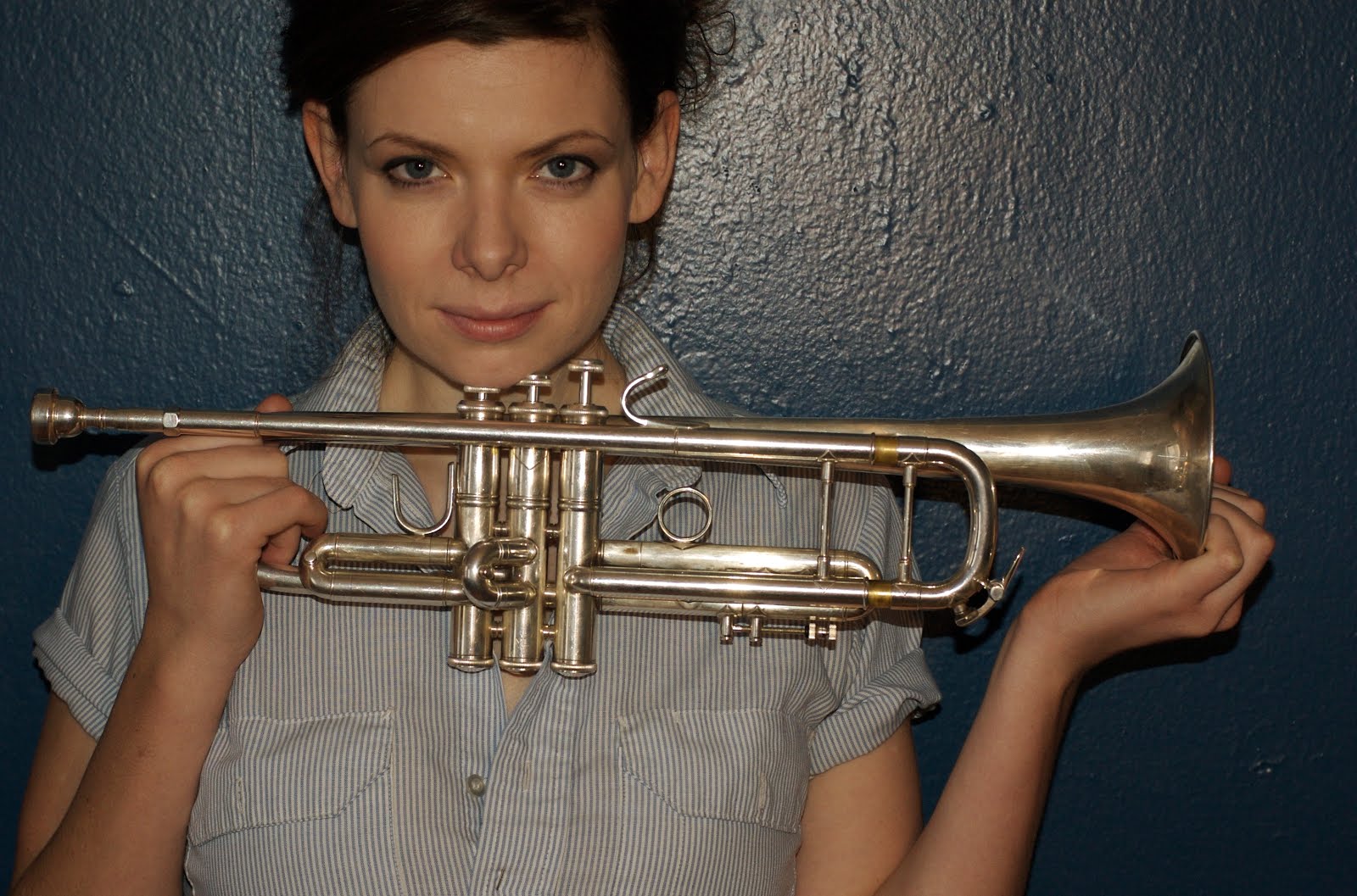 Stephanie Richards, Vice President/Curator
The trumpet demands a unique maintenance of it’s player, but for me, that habit a labor of love.  Is it the hardest instrument to play?  I don’t think so.  I do think that for anybody, any instrument, any musician, it’s playing something new–making new music, that is hard to do. That is why we need to stick together and support each other.  I appreciate FONT for that reason; bringing everyone together in support of music that is new, vulnerable, unheard or unknown.  It meant the world to me when I moved to town years ago and FONT asked me to play a show.  I want to pass that confidence and opportunity on to other players doing new things in the city.Choosing the trumpet seems quite happenstance when I think how it ended up influencing my life so massively.  I remember liking many different styles of music, and trumpet seemed the most flexible instrument musically and stylistically.  My band instructor, however,  assigned me to play french horn (then later allowed me to switch to trumpet) but I like to imagine how different my life would have been!  FONF (Festival of New French Horn) just doesn’t have the same ring to it….Before picking up the trumpet in jr. high, I grew up playing piano as well as tenor drum in a Scottish pipe & drum band.   There is likely some sort of correlation between the theatrics and choreography involved with playing the tenor drum (where drumming involves fancily choreographed stick swings and flourishes) and my present interest in theatrics and movement with trumpet playing somewhere in there.  The trumpet has such flexibility of movement and sound, and I believe there is much yet to discover.Influential recordings also seem quite haphazard as my first recordings were things I seemed to stumble upon.  The earliest (no pun intended) influential trumpet recordings I experienced were of  Maurice Andre’s baroque piccolo recordings.  I remember grooving so hard them!  He had such a gorgeous tone, intensity of musicality and he really could swing.  That was my first experience recognizing a difference in players’ sense of time and “pocket” — Maurice had a good pocket, no matter that he was playing classical music.

Of the many incredible musicians I’ve known so far, Butch Morris was a mentor I’ll always be grateful to have known.  Moving to the city, Butch liberated me as a musician.  He opened up an intent, an intensity of sound, of improvisation and a way to communicate that was new and relevant.  This year at Roulette, we’re presenting a special performance in tribute to Butch and his language of Conduction.  The band will consist of some of the many musicians that were close to Butch, his language, and who believed in what he was trying to move forward.  The goal isn’t to “recreate” anything that Butch was already doing, but to keep speaking the innovative language of Conduction and moving it forward, letting it evolve as languages do.  As the guitarist Brandon Ross, who played with Butch in Conduction no. 1, mentioned to me, “…the search didn’t END with Butch, I believe he’d want it to grow – beyond him.  If we use it, it will.” His presence is missed by the many incredible musicians that he touched throughout all of the world and I’m thankful that FONT is presenting this very special performance.

Highlights of the festival for me will be the FONT run at Roulette (both evenings will be incredible!), and hearing Marcus Belgrave perform-his joyfulness of spirit sings through the horn every time he plays!