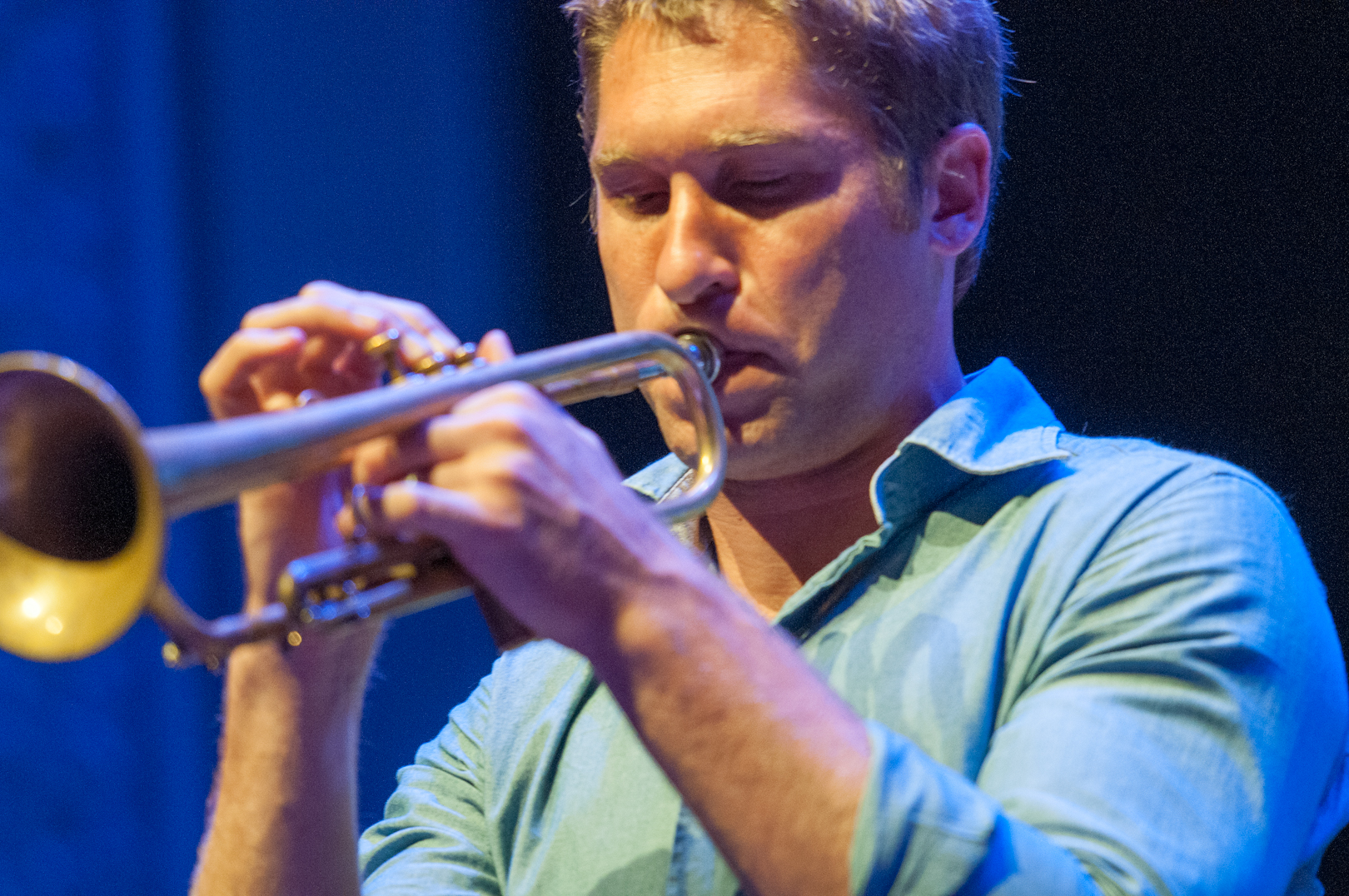 By Thomas Bergeron, April 2016 – «When I was in college, a friend of mine played me a recording of Shane Endsley‘s composition Snake Pit from his debut album 2nd Guess. It was one of those addictive head-boppers for me, and at that time it was probably the coolest thing I had ever heard a trumpet player do. It wasn’t just the virtuosic trumpet playing that struck me. The structure of the compositions on that album were like nothing I had heard before. Like many of us trumpeters, Shane’s artistry became the doorway through which I was led to the mind-blowing world of Kneebody.»