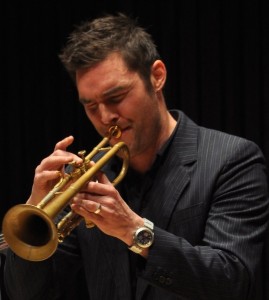 Australian Jazz trumpeter Paul Williamson has established a pattern of producing distinctive recordings exhibiting outstanding ensemble performances. Hi nine CD releases as a leader exhibit Williamson’s desire to create music featuring improvised dialogues and interaction of complementary individual conceptions. It is music designed to reach beyond jazz formulas and clichés, whilst remaining grounded within the diverse traditions of jazz and improvised music. Williamson has performed with international jazz artists at festivals and venues in the United States, Europe, Asia, and throughout Australia. He was active on the European jazz scene whilst based in Dublin, performing with Bill Carothers, Dave Liebman, Reggie Washington, Paul Wertico, Ronan Guilfoyle, Lindsay Horner, Michael Buckley and Métier until returning to Melbourne in 2009. His recent performances include collaborations with Charlie Haden, John Abercrombie, the Australian Art Orchestra, Hermeto Pascoal, Aaron Goldberg, Django Bates and Mark Helias. In addition to an active recording career, Williamson is busy as a performer and educator. He is a lecturer in jazz and faculty member at the esteemed Sir Zelman Cowan School of Music at Monash University, which produces some of Australia’s finest jazz musicians.

Steve Fishwick is widely considered to be one of the best jazz trumpet players ever to come from the UK, and is rapidly gaining a global reputation thanks to his beautifully flowing, harmonically rich improvisations. He is one of an increasing number of trumpeters who have been heavily influenced by the melodic approach of the late great Kenny Dorham, a figure often overlooked (and undeservedly so) in the pantheon of Jazz Trumpet Legends. As well as “K.D.”, Steve cites Art Farmer, Miles Davis and Woody Shaw among his favourite players, but his style is very much his own. Trumpet great Wynton Marsalis recently said about him “Steve has his own style. He plays from the bottom to the top of the horn whilst maintaining the integrity of the chords. I can’t think of another trumpet player that can do what he does.” Legendary Jazz critic Ira Gitler had this to say ‘My question is where has Fishwick been hiding? Hip middle register melodious bebop, but when Steve lights his wick he becomes a flying fish, soaring above the waves, totally in control!’ Since graduating in 1998 from the Royal Academy of Music in London he has performed with many leading European and American musicians spanning a wide stylistic radius including George Mraz, Dado Moroni, Jimmy Heath, Ron Carter, Dick Oattes, Bob Cranshaw, Clifford Jarvis, Ronnie Cuber, Anita O’ Day, Tim Lefebvre, Eric Harland, Scott Hamilton and many others.  Many of his solo CDs are in collaboration with Welsh Tenor Saxophonist Osian Roberts and his twin brother, Drummer Matt Fishwick (both appearing with him at FONT).  A major career highlight occurred in 2009 when they recorded with Cedar Walton and Peter Washington (Osian Roberts/Steve Fishwick meets Cedar Walton!’). Their latest CD ‘When Night Falls’ was released earlier this year and features NYC baritone saxophonist Frank Basile. 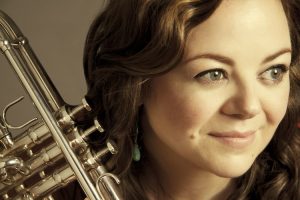 Nadje Noordhuis’ journey has taken her from a youth spent studying classical music in her native Australia to a headlong dive into the world of jazz that has earned her acclaim in the music’s mecca, New York. She was one of ten semi-finalists in the 2007 Thelonious Monk International Jazz Trumpet Competition and was selected as a Carnegie Hall Young Artist to undertake a residency with trumpet great Dave Douglas in 2010. Noordhuis is a member of several big bands, including Darcy James Argue’s Grammy-nominated Secret Society as well as the Diva Jazz Orchestra. She also leads her own quintet, a duo with vibraphonist James Shipp, and is a member of Rudy Royston’s 303. As a composer, Noordhuis has been commissioned by the Baroque ensemble ThoroughBass, the new music ensemble ExhAust, and by the 2009 Festival of New Trumpet Music (FONT). Noordhuis’ self-titled debut album was released in 2012 on the Little Mystery Records label. A luxurious autobiography in music, she incorporates gorgeous melodies, lush romanticism, vibrant improvisation, and influences ranging from Irish folk songs to Spanish tango. 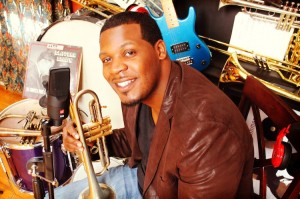 Keyon Harrold is a great music mind, an eclectic trumpeter, music producer, arranger, and songwriter who is always trying to push musical boundaries in composition and improvisation. He hales from St. Louis and is a part of the extensive lineage of trumpet greats from that area such as Miles Davis, Clark Terry, Lester Bowie, and Russell Gunn. He hit the music scene hard upon his arrival to New York City, where he completed a Degree in Jazz Performance at the New School for Jazz and Contemporary Music. He is one of the most sought after musicians right now. He has had the honor to work with the worlds best in several genres of music; A well versed artist harrold is, Saxophonist and Jazz Voice Lauren Schoenberg said, ”Harrold has the uncanny ability to play a gig at the Carlyle with Bobby Short and the next morning go on tour with Snoop Dog and fit in perfectly.” As far as jazz Keyon is a regular in Charles Tolliver’s big Band, a member of Billy Harper’s quintet, Marcus Strickland’s Twi-Life Group, frequents with Robert Glasper, Derrick Hodges Band and Chris Dave and The Drumheads and has recorded with Gregory Porter and David Sandborn. He has also toured and recorded with Maxwell(Black Summers Night) Jay-z (American Gangster), Beyoncé (Bday) Anthony Hamilton, Mos Def, Common, Erykah Badu, Lauryn Hill and Mary J Blige. As a producer he and his brother, Jasson Harrold, Have been producing records for 50cent, LL cool J, Lloyd Banks, Stat quo, Dead Prez, Kid Kid, Young Buck and Tony Yayo. The most recent song placement was the “The Queen Latifah Show Theme Song” which airs daily on CBS. Harrold has an album on the Criss Cross label entitled “Introducing Keyon Harrold” and is currently recording his next offering. Harrold is a force to be reckoned with on his principle instrument, trumpeter Wynton Marsalis calls him the “future of the trumpet”.