A Modern Jazz Trumpet Workshop and Concert with Mike Rodriguez 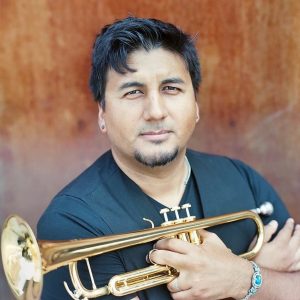 Grammy nominated Trumpeter and composer, Michael Rodriguez was born in Queens, New York. Michael was inspired to pursue music as a career by his father. Michael studied at the New World school of the Arts in Miami, Florida and continued his studies at the University of Miami. After completing two years at the University of Miami, he decided to transfer to the New School University in New York where he received his B.A.