Marquis Hill and Signatures in Brass 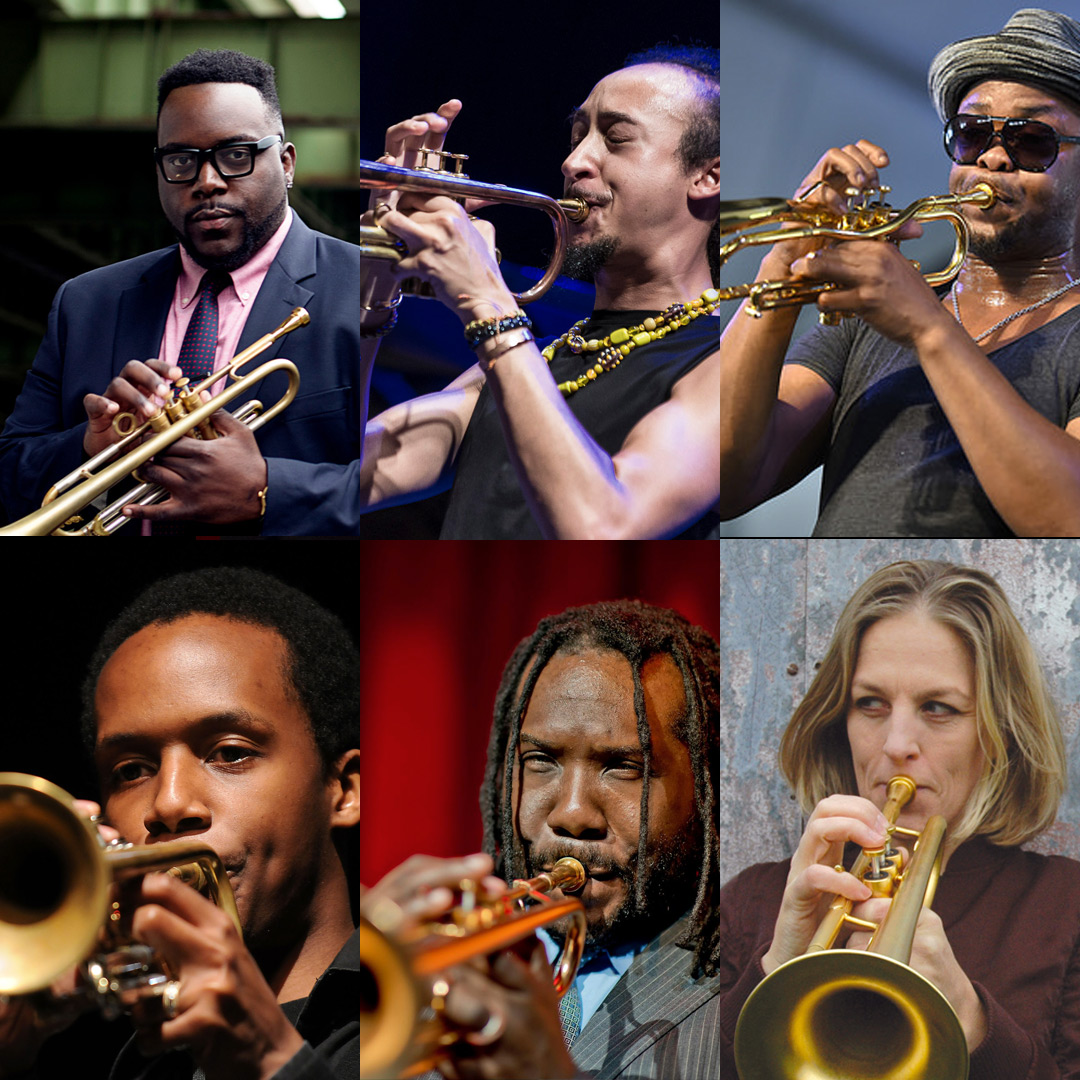 Marquis Hill, 29-year-old trumpeter and composer, Chicago native, and winner of the 2014 Thelonious Monk International Trumpet Competition, was a highlight of the 2015 Festival of New Trumpet Music performing with a band he put together called Signatures in Brass. Six trumpet players and a rhythm section blew the roof off the Jazz Gallery. The group made such an impact that they have been invited to return for the 2016 Festival.