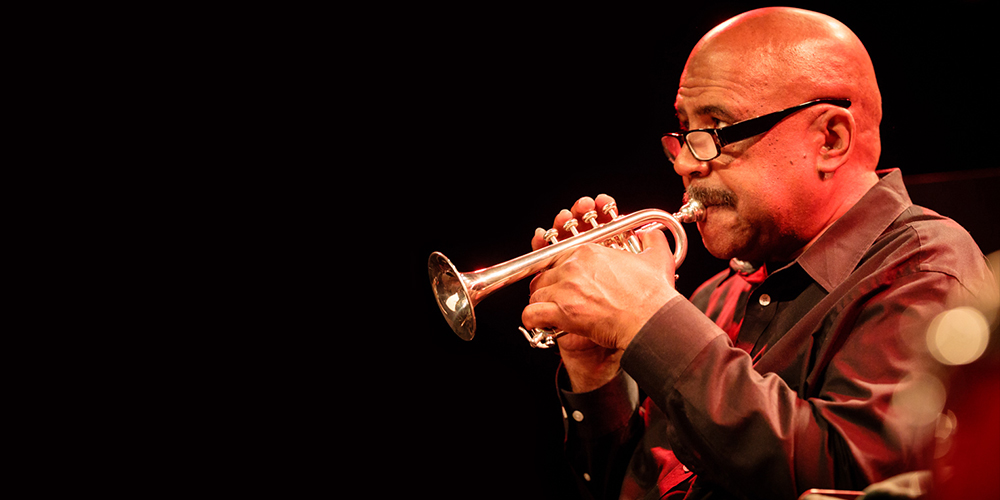 Shared Expectations Within The Creative Orchestra

The theme for the workshop and concert will be “Shared Expectations Within The Creative Orchestra”. Instrumental and vocal participants should prepare to participate in order to get the full value of the workshop.

Best known for capably filling the problematic trumpet chair in saxophonist David Murray’s various large ensembles, Hugh Ragin possesses the well-rounded technique and abundant imagination that his predecessors in those bands did not. A harmonically daring player, Ragin combines the clear, ringing tone of a classical trumpeter with the chops and rhythmic ingenuity of a top-notch bebopper. In late 1978, he attended the Creative Music Studio in Woodstock, NY, where he studied composition with Roscoe Mitchell. The following summer, he played the annual jazz festival in Moers, Germany, with the Roscoe Mitchell/Leo Smith Creative Orchestra. Later that year, he toured with Anthony Braxton. Since then, Ragin has periodically traveled to Europe to perform and teach. Ragin first met Murray in 1980; he toured with Maynard Ferguson throughout 1983. In 1985, Murray brought him to New York to play in his band. The two have been close musical associates ever since. Ragin has remained somewhat of a marginal figure, mostly due to the fact that he’s lived in the middle of the U.S., away from the major jazz scenes on either coast. On his 1999 album An Afternoon in Harlem (Justin Time), he’s joined by Murray, drummer Andrew Cyrille, and pianist Craig Taborn. He followed with more releases for Justin Time: Fanfare & Fiesta in 2001 and Feel the Sunshine in 2002. Ragin has taught extensively, including a stint at Oberlin College in Ohio.